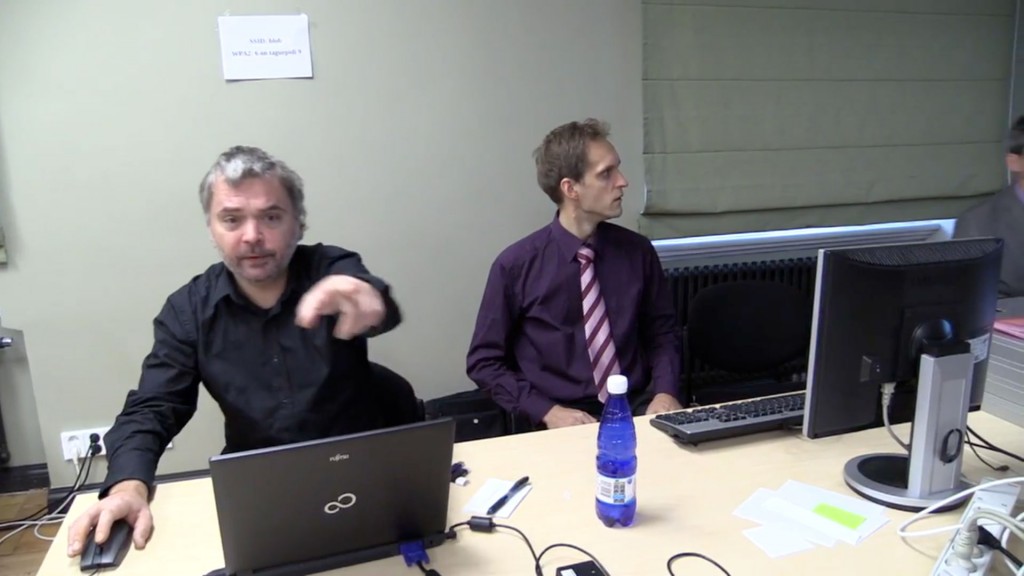 As workers configure the election servers, the password to a WiFi network is clearly visible on the wall behind them. Note that this video was posted while the setup process was still going on.

If this is actually the WiFi network they are using, an attacker who compromised it might be able to attack election workers’ computers or manipulate software downloaded for use as part of the system (especially if downloaded over insecure connections, as shown in other screenshots).